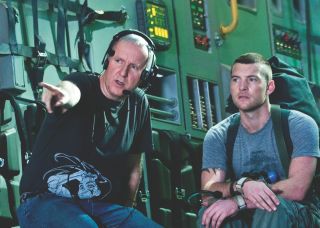 Cameron - likes his 3D to be pure

James Cameron has revealed he is not a fan of 3D conversion for new movies, but believes library titles would benefit from being changed into another dimension.

Speaking at Blu-Con 2010 - with TechRadar in attendance via video link - Cameron, who is a massive advocate of 3D filming, explained his stance on 3D conversion, saying: "The studios like the idea of tapping into 3D but you can't do a good 3D conversion of a high-quality movie in a few weeks.

"This happened with Clash of the Titans and that was seen as a disaster," the director said.

"If you want it done right then you need to spend six months in post-production. Conversion should be kept for library titles not for new movies, though."

He also revealed that the new Harry Potter movie wasn't shot in 3D as it was suffering from the same problem as Clash of the Titans – time constraints.

Although Harry Potter was advertised as 3D, its studio Warner later revealed that it would be in 3D no more.

"They announced it in 3D and threw money at it trying to convert it to 3D in post-production and it simply didn't work," he explained.

"They just didn't get it done."

And it is because of this, Cameron believes that a 3D film should be a 3D film right from the off, saying: "If you are going to release a movie in 3D, make it in 3D. It shouldn't be tacked on; it should be part of the production process."

Interestingly, Cameron also explained that there is no difference in the effect of stereoscopic 3D in the home from the cinema.

"When you watch Avatar 3D in the home you will see the same effect, we have done very little, nearly nothing to change the stereoscopic effect for the home."

There is one caveat to this, though, and that is with mobile devices and tablets.

"The only time it is different is with smaller screens," Cameron explains.

"If you were to watch a 3D movie on an iPad, then that is the time that you ramp up the depth."

3D on an iPad - is Cameron hinting at something?