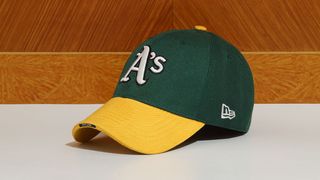 How easily distracted are you? Probably more than you think. And soon you'll be able to quantify your distractibility, with a wearable head tracker being built by engineers in Australia.

Julien Epps from the University of New South Wales has devised a tracker that straps onto a baseball cap and monitors head movements. From the data it collects, it can work out a task's intensity and when someone switches from one task to another.

It works because people tend to move their heads more during simple tasks, and less during complex ones.

During tests on twenty students who were performing maths problems, the sensor could tell with 70%-80% accuracy how tricky the sums were.

'With Us All The Time'

If built into devices like Google Glass, such a sensor could be used to minimise distractions while you're working, and notify you when it's time to take a break. It could also make risky tasks safer if it detects that someone isn't concentrating.

"Computing devices are with us all the time. Our smartphones are on our person. I think they need to be able to understand what we're doing in order to interrupt us at the right time," Epps told New Scientist.

His system has been detailed in a paper in the Proceedings of the 37th Annual International Conference of the IEEE.