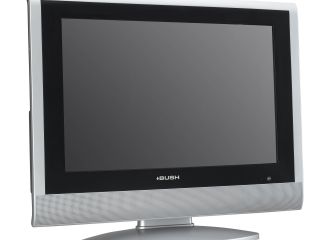 The difference between the two is that the W08DVDHD has an internal DVD player; the other doesn't.

Bush says that both models "look great", and have an HDMI so you can hook them up to a PlayStation 3 or Xbox 360.