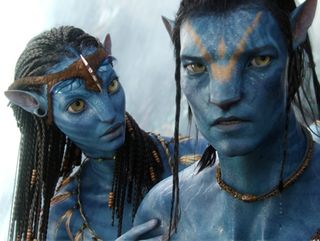 Panasonic has announced that it has nabbed the exclusivity to Avatar 3D in the UK and is bundling the disc with a number of its Full HD 3D products.

Avatar is one of the biggest grossing movies to date, let alone the biggest 3D movie, and Panasonic has been a massive partner for the movie, with cross promotion starting as far back as August last year.

Panasonic even authored the 3D Blu-ray at its Advanced Authoring Centre in California.

The 3D Blu-ray will be offered with everything from Panasonic's VT20 and GT20 series TVs to the HDC-SDT750, its 3D capable camcorder.

Speaking about the 3D Blu-ray deal, Laurent Abadie, CEO and Chairman, Panasonic Europe said, "Panasonic provides the most immersive 3D experience, from the authoring of exceptional 3D content to providing the best technology to view it on, with our 3D Blu-ray players and 3D Viera TVs. Avatar is the ideal film to demonstrate our end-to-end 3D capabilities."

TechRadar will be getting some facetime (through the wonders of video technology) with James Cameron this week, so we will let you know what he thinks about the future of 3D and the fact he is making Avatar 2 and Avatar 3 back to back shortly.