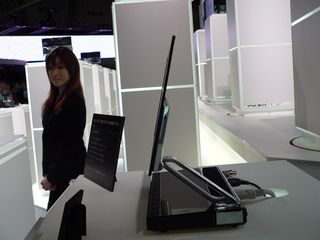 Sony's XEL-1 - looking a little lonely at the moment

Sony isn't going to release a bigger version of its OLED TV range this year, according to new reports.

The Wall Street Journal is suggesting that the electronics company is to delay launching a successor to its 11-inch OLED screen – the XEL-1.

While the WSJ is not revealing its sources for the story, it is interesting because OLED has been a big push for Sony for the last 18 months; the company is still the only one in the consumer market with an OLED TV.

If the delay turns out to be correct – WSJ says that we may see new OLED TVs in 2010 – then it will mean that the likes of LG and Samsung will come to market with bigger sets before Sony.

LG is currently prepping for a Christmas launch for its 15-inch OLED screen, while Samsung has already shown off OLED prototypes.

Currently, you can purchase an XEL-1 for £3,489 on the UK Sony Style website. A hefty price for what is a rather small screen.

We have contacted Sony to get any official word on its OLED production, so watch this space.

George Boyd, spokesperson for the company based in Tokyo, did contact Bloomberg news, however, telling them: "We do not have an official release schedule and therefore cannot comment on the report.

"Sony continues to explore applications of the OLED technology for televisions and other consumer electronic products."

Via WSJ and Home Cinema Choice