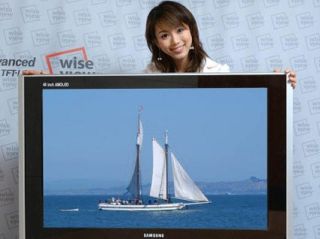 Not content with piddly little 14-inch and 31-inch OLED panels it had brought to the event in Japan, the company added a new level to the OLED game by bringing the Full HD set along too.

Of course, some of you will remember the 40-inch OLED panel the company boasted three years ago, but the current model has over twice the resolution at 1,920x1,080, as well as a contrast of 1 million to one.

Not too shabby... even though Samsung has still yet to bring out a production OLED model and there's still no word on when this 40-inch monster will hit the markets.