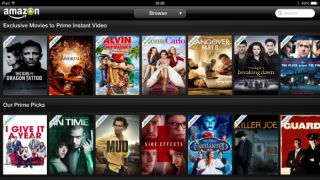 Don't expect this to be an exclusive deal with Samsung, though

Samsung is about to go big on 4K, announcing that it'll be offering UHD content from Amazon and Netflix very soon.

In fact, not only has the Korean company confirmed that it will be bringing 4K Netflix to Europe via its TVs, but it's confirmed that Amazon's UHD service will be available starting October.

From that month, Samsung's 4K sets will be able to play Amazon's UHD content "globally", though it's not been confirmed how global that will actually be.

Netflix has offered 4K content in the US since March, kicking off with its own big TV winner, House of Cards. Amazon announced earlier in the year that it would soon be delivering 4K content via its Prime Instant Video service, and now we know when that will kick off.

4K content is set to keep growing, but this push from Samsung should do its own bit to broaden the market.