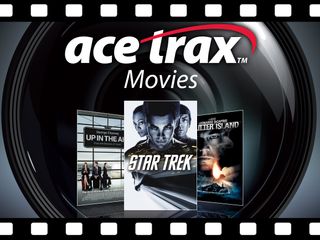 Acetrax - on-demand and now on Samsung

Samsung is the latest TV manufacturer to announce a deal with Acetrax, which brings UK movie downloads to its connected televisions and Blu-ray players.

While Acetrax isn't the most well known of movie services, it's managed to bag deals with two of the biggest TV companies out there: Panasonic and Samsung.

The Panasonic deal was announced just last month and now it seems that Acetrax has also signed on the dotted line with Samsung.

Speaking about the link-up, Leslie Golding, CMO Acetrax, explained: "The music industry was transformed by a service connected to a device. We believe the same will happen with the movie industry and a connected TV service with no monthly subscription. Acetrax is dedicated to providing this together with Samsung, the world's largest TV manufacturer."

Although the movies at the moment will be of a DVD and not HD standard, Acetrax is hoping to entice users into using its service with the sheer amount of movies on show – around 2,000 at the moment.

Most of the major film studios have given their content, so you will have movies like Star Trek and The Godfather on tap.

Samsung's latest Blu-ray players and LED TVs will benefit from Acetrax, although it does note that the service is not available on TVs under 32 inches.

The service has a UK release date of Q4, so expect it to land some time in September.