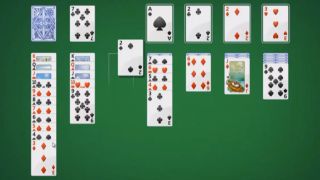 I remember spending hours after school playing Solitaire on my best friend's Windows PC as we tried to beat each other's top score. Microsoft, for whatever reason, decided to delete part of my childhood by not installing the classic computerized card game on Windows 8, along with Minesweeper (another awesome after-school favorite) and Hearts.

However, today we learned that Microsoft is righting this egregious wrong by bringing back Solitaire as a built-in game on Windows 10. Just like the good ol' days, Solitaire will greet you in the Games folder, and you won't have to search through the Windows Store to download it (that just wasn't the same, Microsoft).

The Windows 10 desktop game is the same as the Windows 8 version, according to The Verge. Its comeback should appease the game's "devoted following," though there's no word on whether Minesweeper and Hearts will find their way back into the fold.

Windows 10 is expected to launch in late July, and we should hear plenty more about it at next week's Build 2015 conference.