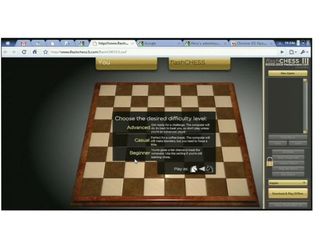 Acer has moved to deny that it will show off the first laptop to use Google's Chrome OS at Computex in June.

It had been suggested that the laptop giant was poised to use the Computex show to put a Chrome OS device on show, but the company has insisted that this is not the case.

"Despite recent rumours in the press regarding the launch of Chrome OS based netbooks at Computex, Acer confirms that it has no short-term plans for such a product," said a hastily written statement from the company

"Acer believes that Google Chrome OS is without doubt an exciting product announcement and deserves its full attention as well as an in-depth study of its potential from a consumer's perspective.

"Acer is naturally interested in any product or service that enhances the overall experience of its products and will of course be following the development and progress of Google Chrome and the evolution of Google's overall product strategy very closely," the statement continues.

This will be a disappointment to those who were hoping to see if Google's idea of an operating system for the cloud was going to be a success.

In fairness Google has always insisted that netbooks will begin to have Chrome OS by the end of 2010, which made the timeline for Acer look a little off.

However, it is likely that we will begin to see devices in the coming months so keep your eyes peeled.