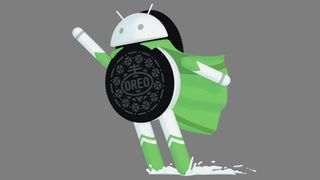 With last week's hardware specification leak offering our first significant piece of evidence surrounding the existence of a low-cost Android Go phone from Samsung, new images have leaked online (via SamMobile) which are believed to be of the device in question.

Unlike most of the Android Go phones we've seen so far, which opt to run a lighter version of stock Android for use on low-end devices, the leaked images suggest that Samsung's device (believed to be called the Galaxy J2 Core) will run a scaled-down version of its Samsung Experience UI.

While we expect all of Samsung's usual pre-installed apps and device maintenance tools to be present and accounted for, the images also show a suite of Go versions of Google's apps, including YouTube Go, Maps Go and Google Go.

Though the aforementioned hardware rumors suggested Samsung's device would carry 16GB of onboard storage, the handset pictured appears to offer a total of only 8GB of space.

We can also see that the phone will have on-screen navigation buttons and a single-lens camera on its rear. That's all we can surmise for now, however, we expect more information to come to light very soon.