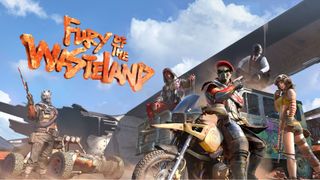 PUBG Mobile has introduced a new Team Deathmatch (TDM) mode map that arrived with the recent 0.15.5 version update. Besides, the latest update kick-started Season 10 of the Royale Pass themed Fury of the Wasteland with new weapons, vehicles, and in-game items.

The new map called 'The Ruins' that went live with the latest update takes its inspiration from the dense rainforest of Sanhok. The gameplay style is slightly different from the 'Warehouse' map of TDM and is a bit shorter than the first map.

The new ruins map, which borrows a bit of tropical feel from the world of Sanhok, is fast-paced and hence more intense than the warehouse map. It follows the traditional team deathmatch rules; however, the map features dense forestation and is designed in the form of a maze.

Unlike the first TDM map, players can respawn anywhere on the ruins map making the whole process exciting and increasing the chances of players bumping into opponents.

In the warehouse map, there's a set position for respawning every time the player gets killed, but it is random in the new map.

Players will also be able to collect loot from the killed opponents, thereby helping players in situations where they survive for a long time in the game and run out of ammo. The new TDM ruins map has weapons set up on a rack mounted on the wall with compatible attachments and ammo on the right side of the wall.

Playing in ruins, players will notice that it offers more vantage points and places for players to hide while attacking. It also allows teams to strategize their gameplay as it makes the TDM mode even more fun. Players who love to strategize before setting out on the battlefield will be most intrigued with the new map as it gives the players reasons to try out different methods of assault on opponents, instead of just going all out on the battleground.