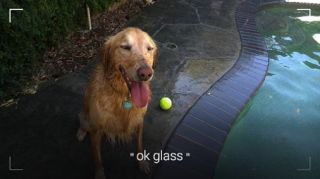 Google Glass is on a r-o-l-l. Just one day after Google launched the Explorer program in the UK, it revealed the Glass Yanks and Brits are now both enjoying is better than the original.

The G team has been implementing user-suggested improvements, and one such boost is better performance. To that end, the Google Glass currently making its way onto eager faces are equipped with 2GB of RAM.

That's double the RAM original Explorers were enjoying. Unfortunately for them, it doesn't sound like the older, lesser-RAM versions can be traded in or upgraded somehow. The Google+ post announcing the RAM boost is followed by dozens of comments from Explorers asking these very questions. So far, +Google Glass has stayed silent.

We've asked Google for an answer, but perhaps it's saving the announcement for Google IO's opening keynote Wednesday. Nothing riles up a conference crowd like free stuff.

More RAM isn't the only improvement heading to Glass. The wearable is also getting a viewfinder to better frame photo shots.

"OK Glass, show the viewfinder" will pull up white L's in the four corners of the Glass screen.

There are also additional Google Now cards; one will remind wearers where they parked their car and another will alert you when packages are on the way.

In addition to these, Glass' battery life has seen an over 20% jump and voice search is said to be 10% faster. We should hear more about Google Glass the rest of the week during IO, so stay tuned for more.