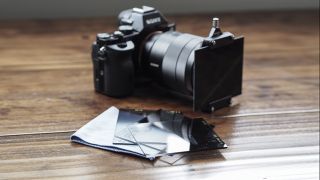 Do you need a filter?

The idea of filtering light before it enters the camera has been around for almost as long as photography itself. In the beginning there was no need for diffusers or soft-focus filters, as the lenses of the day were quite soft enough thank you. Things changed when black and white emulsions were developed that were sensitive to blue and green light, instead of just blue, and suddenly there were creative benefits to interrupting the light path with a sheet of coloured glass to control the recorded effect.

As we developed colour films and emulsions the desire to filter really took off, and as colour film reached the general population, and photography as a hobby came to the masses, filters became a major part of the required kit. However, they multiplied in number at a rampant pace, like bacteria in a warm, moist petri dish, and we saw the production of both quite useful and quite useless filters.

Good taste takes a back seat

In the 70s and 80s there was a massive boom, and we were provided with everything from painted rainbows, star bursts and prism effects with which to decorate our images. While some filters were undeniably useful, others led enthusiasts unwittingly to commit quite serious crimes against photography and good taste, buoyed on a wave of mists, speed streaks and apocalyptic colour graduations.

Unlike the desire to have heavily filtered images, the actual physical filters themselves never faded away. Photographers who owned a camera bag in those heady days will have been left with the hangover of a collection of glass and plastic that they no longer use – but continue to store.

You might justifiably assume that the world has all the filters it is ever going to need, but filter companies such as Lee and Tiffin continue to exist and remain healthy. Despite the prevalence of imaging software that allows almost anything to be done to a photograph, there are some effects that it is better to record at the time of shooting, and others that are impossible to enact digitally after the event.

The anti-reflective properties of the polariser, for example, can only be hinted at in software. And the light-stopping characteristics of the neutral density filter create physical changes to the moving parts of a scene that look revolting when software blur is applied in their place.

You might also think that every type of filter that needs to be invented has been, and that filter engineers spend their days twiddling their collective thumbs or fork-lifting old stock into the recycling. Amazingly though, as photography advances, and new trends emerge, there are new issues to correct, new effects to create and thus a need for new filters. Who owned a 10 stop neutral density filter just five years ago? Hardly anyone, and yet now these are the most sought after filters on the market.

Spawned from this craze is yet another type of optical filter, which we will all obviously need to buy.

Tiffin has identified that during the long exposures enjoyed by the multitude of landscape photographers who require long blurred clouds and milky seas, rivers and waterfalls, digital cameras get an overdose of infrared radiation that can record in the picture. Most imaging sensors are sensitive to IR light by some degree or other (IR sensitivity varies by brand and model), and ND filters don't stop it from entering the lens – so while visible light is squeaking through at a snail's pace, IR radiation is streaming onto the sensor, building those deep red/magenta microwaved casts you'll see if you type '10 Stop ND filter' into Google Images. It also goes some way to explain why so much of this type of work is shown in black and white.

So if you thought that optical filters – those bits of expensive glass that we stick in front of our lenses – were murdered and buried by the power of modern software, think again. Progress and change means we may need filters more, not less!