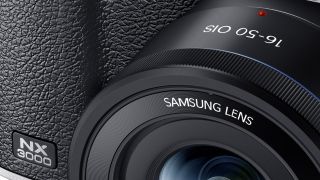 Another camera for the NX line

Samsung has announced the NX3000, another addition to its range of NX compact system cameras.

The NX3000 features the same 20.3 million-pixel APS-C CMOS sensor that is found across Samsung's camera range, and was also found on the previous version of this camera, the NX2000.

In fact, it seems pretty much all of the specs remain the same on this incremental upgrade, bar the now flippable touchscreen. Wink Shot is featured – simply flip the screen to face forwards, wink at the camera and it will take a shot of you without the need to press awkwardly placed buttons.

Along with the sensor, the NX3000 also features a 1/4000 shutter speed and 5fps continuous shooting, while sensitivity speeds run up to ISO 25600.

The camera will be available in white, black and brown, and will come packaged as standard with Samsung's new compact 16-50mm f/3.5-5.6 power zoom ED OIS lens. The small lens collapses down and also has the advantage of being controllable via a mobile device when using Remote Viewfinder.

Another bonus is that the camera comes packaged in the box with Adobe Photoshop Lightroom 5 – the NX2000 came with Lightroom 4.

The Samsung NX3000's price has yet to be confirmed, but it is expected to be available from mid-June.