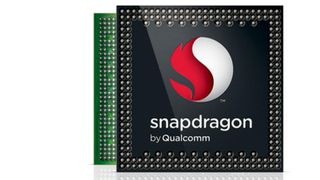 Qualcomm, likely now standing as the third-largest semiconductor producer in the world, is expanding on its line of Snapdragon S4 processors with two quad-core CPUs optimized for China.

"The expansion of our Qualcomm Snapdragon S4 family extends our leadership in performance and low power for the high-volume smartphones," Cristiano Amon, Qualcomm vice president and co-president of mobile and computing products, said in a statement.

The chip imports are further helping Qualcomm position itself to be a major global player in the coming years. It was recently announced that the company dropped millions into Sharp to help it develop IGZO displays.

Qualcomm is having a record-breaking year thanks to its smartphone-powering Snapdragon processors, with revenues up 28 percent in its financial year 2012.

Optimizing its line of processors for China should only increase the San Diego, Calif.-headquartered company's revenue spike.

"This expanded roadmap provides our customers with a differentiated feature set upon which to build compelling smartphones for budget-conscious consumers," Amon said.

The MSM8226 and MSM8626 processors were created using a 28nm technology node and support multi-SIM capabilities.

Also on board is the important WTR2605 multi-mode radio transceiver, which addresses China-specific requirements for support of TD-SCDMA, CDMA 1xAdv and HSPA+.

The new WTR2605 transceiver comes with an integrated, high-performance GPS core with GLONASS and Beidou support.

This transceiver is supposed to offer a 40 percent power savings and a 60 percent smaller footprint compared to previous generations, according to the company.

Qualcomm says that it will have MSM8226 and MSM8626 samples by the second quarter of 2013 for all customers interested in UMTS, CDMA and TD-SCDMA.

Though these chips are intended for a foreign market, we can only assume the Qualcomm has some mighty fine processors planned for 2013.