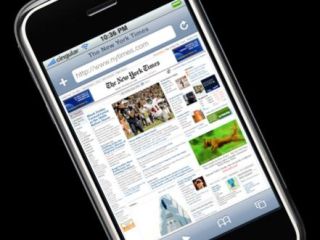 Apple has dismissed rumours emanating from Australia's Smarthouse News that the iPhone would face delays owing to production quality issues.

The "insider reports" suggest that Taiwanese phone manufacturer Foxconn has concerns about the robustness of the design and the battery performance of the device, which could delay the expected June launch .

However an Apple spokesperson reiterated to Tech.co.uk that Apple's position on the launch date hadn't changed since it announced on 12th April: "iPhone has already passed several of its required certification tests and is on schedule to ship in late June as planned." The spokesperson said Apple had no further comment to make on the rumours.