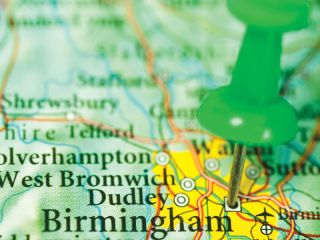 The way cell towers work can give a fairly accurate idea of where you are, even if you're not making a call

Other than that, I couldn't come up with much. There was nothing for it but to check Wikipedia, where I learned that it's a direction for a projection of an object (usually a star) in 3D space onto a reference plane. So, in summary, a direction.

At this point, it's best to understand what my wife does for a living. She's a Deputy District Attorney, a prosecutor, in the Fourth Judicial District in Colorado. For a long while, she's headed up the Special Victims Unit (SVU, just like on the telly) in the office, prosecuting cases where the victims are the very young, very old, or those who need special help.

I get involved as a kind of home-grown expert because, like it or not, many of these cases involve computers and the internet. I get to explain technical topics in terms that she can understand and then explain to the jury in trials.

This time she had a printout of calls made to and from the defendant's mobile phone covering the period during which the alleged crime took place. The report showed the originating phone number, the called number, the duration, and then some extra information: a code for a cell tower antenna and its azimuth for both the caller and the called.

But what did the azimuth number mean? Mobile phones work by using radio waves to communicate with cell phone towers (usually known as cell sites) and from them to the normal 'wired' public switched telephone network (PSTN).

The cellular network consists of strategically placed sites arranged in a regular pattern so that the carrier can provide blanket coverage over an area or region.

When you switch on a mobile phone, it will search for a signal from the cellular network. I should point our here that I'm in America and our system is subtly different to the one used in the UK. Ours, like yours, uses pre-defined carrier frequency bands for communication. My iPhone is on the AT&T network, and the bands are at 850MHz and 1,900MHz. These frequencies differ across the globe.

Each band is divided into channels. The phone scans the bands trying to find a channel with the strongest signal, the inference being that that signal must come from the nearest cell site. In urban areas, cell sites cover smaller areas - say half a mile in radius. In rural areas a site could cover an area up to five miles in radius.

For urban areas, the reasons for the smaller coverage are two-fold. First, there are buildings that get in the way of the signal, so it makes sense to install more cell sites. Second, there are more subscribers in urban areas, so in order to avoid a site's channels getting swamped with connections, a carrier will build more towers.

In practice, a cell tower will be leased to several carriers, which is why a tower in an urban area fairly bristles with antennas.

Once the strongest signal has been identified, the phone will negotiate using a standard protocol to log into the cell site. During this process, the phone will transmit a couple of numbers to the cellular network for identification purposes.

The first is the International Mobile Equipment Identity, or IMEI. This is a unique number, and it's big - my phone's is 15 digits. If you have a GSM phone, you can type *#06# on the keypad to see if that identifies the device. If your phone is stolen, you can ask for the IMEI to be blocked, rendering the phone useless on the network.

The second is the International Mobile Subscriber Identity or the IMSI number. This uniquely identifies you, the subscriber, and is encoded on the SIM card. Again, it's a 15-digit number. The combination of these two fields identifies the mobile's phone number, though sometimes the IMEI number is used by itself.

After the protocol negotiation is complete, the phone's location is registered with the cellular network and the features of the network are made available. These are things like the ability to make and receive phone calls, test messaging and internet access.

Since the whole point of mobile phones is that they are mobile, the cellular network has protocols in place to make sure the phone is connected using the strongest signal possible as it's moved around. As you travel, the phone and network are cooperating and handing over your phone from cell site to cell site. As part of this handoff, your phone may switch from one channel to another.

The network and phone are designed so that this switch can happen as a call is taking place. To you, it's as if the phone is connected to the network permanently and is the only device on that network.

That's the theory. In practice things can be rather different. The internet is full of stories of dropped calls and bad reception. Carriers craft their advertising to target a competitor's perceived bad network, but all carriers actually suffer. The more phones are within range of a cell site, the more calls are possible at any one time, which can swamp the possible channels.

The cellular network (and hence the carrier) knows where the phone is at all times when it's switched on - not necessarily being used for a phone call or for data communications. This isn't a GPS-style position to within a few tens of meters, but a location in terms of the area covered by the cell site.

If you think about it, the carrier has to know where the phone is, otherwise you wouldn't be able to receive any calls or get any push notifications.

Going back to my wife's phone call list, that explains the codes for the cell site for the originating phone and the receiving phone (for a landline the cell site code was blank), but where does azimuth come in?

As it happens, each antenna actually provides about 130 degrees of coverage. This is to ensure a little overlap so a phone doesn't 'fall off the radar' in between two antennas and get handed over to a more distant site.

The direction each antenna of a cell site points in is known as the azimuth. The report from the phone company therefore let us track where the defendant was every time he made or received a phone call on his mobile phone.

My wife's case needed to place the defendant at a particular place in Denver, but the defense attorney's counter to that was that the defendant was driving along I-25 at the time. If he was too close to another site, the phone would register there.

But how close were the cell sites for this carrier? How many sites were in the general area? More evidence was needed to rebut that explanation.

I told my wife that she needed to subpoena the carrier for a complete list of cell sites in the Denver area. Once we had that, we could more easily determine where the defendant's mobile phone was located. A week or so later, we had the list as an Excel spreadsheet. I was totally surprised: there are hundreds of cell sites in Denver. This was looking like a real problem.

The data included the name of each cell site (the one we were interested in is NCO0706R_ II25_Colo), and its latitude and longitude.

FIGURE 1: The positions of the cell sites around the given tower

I wanted to limit the data I had to a particular square - say five miles on a side. Twenty-five square miles seemed like a good start. My first problem was calculating how many miles there are in a degree of latitude and a degree of longitude. I could then sort the cell site data to limit it to sites around the cell site in question.

I extracted data whose latitude and longitude fell into these ranges and found 17 cell sites in the 25 square miles centred on this cell tower. There was no way my wife could present an Excel spreadsheet of 17 rows of cell site data to the jury and ask them to visualise it.

I decided to use Google Maps for this, but since I didn't want to enter 17 pairs of numbers to drop markers, I had to do it programmatically. It turns out there's a complete JavaScript API to Google Maps.

Using a specially crafted HTML5 page and a little bit of JavaScript, you can display a map centred on a point of interest, and then display one or more markers on the map. All I had to do was write a bit of code that converted the cell site data from Excel into a JavaScript array of objects and import that into the page's script tags. It it would have been quicker to enter all the lat/ long data into the Google Maps site, but I'm a programmer at heart. Besides, I could use it for another set of data. Yes, that's the reason.

Figure 1 shows the result. The marker in the middle is our friend NCO0706R_II25_Colo. As you can see, cell sites are placed pretty close together in this part of south Denver. The next cell sites north and south are very close (about half a mile), whereas the sites to the east and west are about a mile away. In other words, the defendant was less than half a mile from the cell tower when he was making or receiving calls.

Could I place him any better than that? Back to the original data. The cell tower had three antennas, and their azimuths were quoted as 10, 130, and 250 degrees. In other words, the first antenna was pointing 10 degrees from north (north is taken to be 0, and we count clockwise). Since an antenna has a 120-degree span (we'll ignore the overlap for now), that means it picks up signals from 310 to 70 degrees.

FIGURE 2: The antenna azimuths and coverage for the given tower marked on a Google Map

You can't park on the Interstate either. What's going on? It's simple to explain if we assume that the defendant was stationary, on the dividing line between using antenna 1 and antenna 2.

Since there is an overlap, it's entirely feasible that his phone switched antennas at the nearest cell site for one call. And my wife had other corroborating evidence that he was in a building on that dividing line. Case closed.