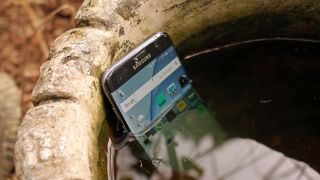 Samsung is set to offer refurbished versions of its own flagship phones in the near future, meaning you'll be able to grab a Samsung Galaxy S7 and Galaxy S7 Edge without having to break the bank.

Sources told Reuters that Samsung is prepping a refurbished store to maximize its cost efficiency, although the Korean electronics giant has declined to comment on whether the reports are accurate.

Refurbished phones in this case refer to faulty or returned handsets that the manufacturer returns to an 'as-new' state and sells at a reduced price.

The phones can have anything from cosmetic damage to superficial damage to the box, but the manufacturer refurbs are often indistinguishable from factory-fresh versions.

Customers in the US and South Korea are returning handsets to Samsung through the one-year upgrade program, meaning there are now a lot of phones ready for refurbishment.

There's no word on how big the discount will be, or which countries the handsets will be sold in.

The source has claimed the refurbishment program will be rolled out during 2017 though, so you may be able to buy a refurbished Galaxy S7, Galaxy S7 Edge or even a Galaxy Note 7 from Samsung very soon.