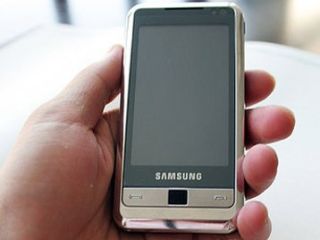 The Omnia is beautiful and powerful, but is it enough?

It appears O2 will be among the first of the networks to carry the Samsung Omnia i900, the device set to be among the front runners to challenge the iPhone 3G.

The device certainly better specced, and launching the thing on the same day as Apple hints the competition is well thought out.

The price is wrong

O2 also has fewer subscribers than T-Mobile, the iPhone carrier, so Samsung will have its work cut out to carve a large amount of market share.

But the feature list - which includes a 5MP camera with face recognition, and 8GB expandable memory, clearly destroys the iPhone 3G.

The i900 also whaps out an FM Radio, WiFi and the choice to take a 16GB option. For more, check out the previous story on Techradar.

Only problem is the i900 runs Windows mobile 6.1…why Samsung, why?