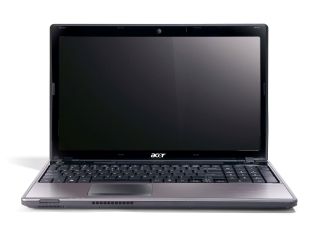 Acer CEO Gianfranco Lanci has talked about the company's plans for a 3D tablet or even a 3D phone following the growing trend in 3D gaming.

The laptop giant has unveiled its tablet range – including the novel dual tablet Iconia – but the company is keen to make 3D a bigger part of its plans.

In an interview with All Things Digital, Lanci talked up the company's investment in 3D technology and believes that it can now be stepped up.

"If you think about gaming, 3-D gaming has becoming quite popular," Lanci said in an All Things Digital interview.

"If you think about a 3-D tablet, you can play games. We are working on 3-D on a lot of things.

Same on phones and tablets

"I think we are going to do the same on phone, even on tablets," he added.

Lanci is surprised that more laptop manufacturers haven't taken the 3D route stating: "When I look at notebooks or hardware, the number of companies doing innovation are not too many.

"I think we are one of the few companies left focused on innovation. This is maybe the reason why you don't see it."

Acer's phone strategy has yet to really ignite, but the company's growth into a major player in laptops – vying for market leadership – makes it very much one to watch.

Although the Iconia may have raised a few eyebrows, with a chunky form factor and £1,500 price tag, many will be eager to see if the company can bring 3D to the realm of the tablet, and compete with the likes of Sharp in pushing a 3D mobile phone.