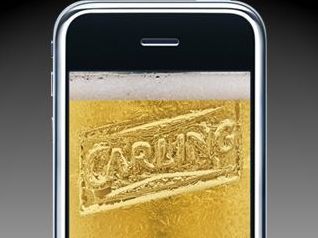 Coors brewery has been served with a $12.5million lawsuit over its famous iPint application – with the makers of iBeer believing that a YouTube clip of their development ended up costing them money.

Although both iBeer – a $3 app and the free iPint, featuring a pint of Carling – were released on July 11, a video clip of iBeer on YouTube is at the centre of the row that Coors brewery mimicked iBeer's functionality.

iBeer was developed by a small company called Hottrix, who have apparently been rebuffed in their attempts to seek an 'amicable' solution with the brewery.

The simple app allows people to fill up a virtual glass of beer and then uses the accelerometer to judge the angle of the phone and show the beer draining away over the virtual lip.

Apple removed iPint from its US App stores, but it remains available in the UK and other countries.

Coors is yet to make an official response to the situation.