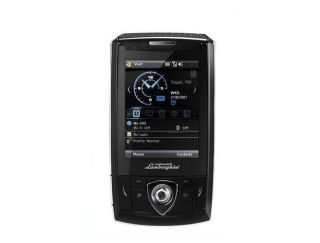 Is it a car? No, just a phone with the name on

The Asus Automobili Lamborghini phone has finally reared its head at the Computex show in Taiwan.

As befitting a phone with car manufacturing branding, it’s designed to look like it was made from a race Lambo, which explains the carbon fibre.

The ZX1 PDA is a 3G smartphone running Windows 6.1 ad means you probably own a sports car (at least that’s what the people think when they see you using it.)

The specs aren’t too bad; GPS chip inside with WiFi and Bluetooth, as well as MicroSD expansion.

128MB of RAM will keep things relatively speedy, and a 3MP camera is more than adequate.

The phone also has ‘Glide’ functionality, allowing certain modes, such as work or weekend, to bring the more important applications to the fore (probably email and media, one might suspect).