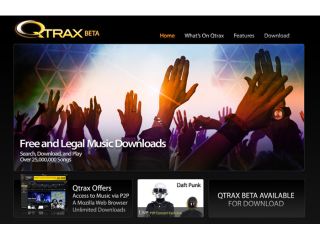 Still nothing from Qtrax, so what's going on?

Two days on from the supposed debut of its free music download service, Qtrax is at the centre of a publicity storm of absolutely the wrong sort, after its failure to deliver anything of the kind.

We reported yesterday on the claims made for the service by parent company Brilliant Technologies and included some of the explanation given by president Allan Klepfisz in the hope that something would develop. After all, how many companies promise so much, but deliver precisely nothing?

Now, not only has the claimed backing of Sony-BMG, Universal, Warner and EMI failed to appear, but the discussion about what Brilliant is up to is turning nasty.

While talk of a scam to boost the stock of the publicly traded company may be premature, there's already plenty to think about. According to Wired magazine, one trading analyst has already cast doubt on the Qtrax venture, saying "If something sounds too good to be true, it usually is."

Meanwhile, the LA Times points out the 50 per cent jump in Brilliant stock at the end of last week, followed by an even larger plunge back down this week.

It quotes a securities law expert as saying: "There will predictably be some litigation. There's a good chance the SEC [US Securities and Exchange Commission] may take action too."

Until we hear more from the suddenly silent Qtrax, we won't know exactly what's going on, but - as the LA Times points out - the $25 million (£12 million) wiped off stock this week means Brilliant shareholders already have grounds to file suit alleging fraud.