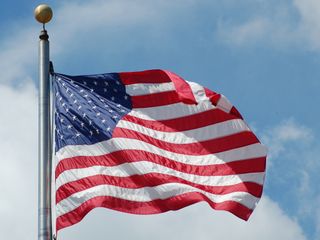 George W. Bush pops in for a chat on Facebook

President George W. Bush is taking a leaf out of Barack Obama's book, by using Facebook to get his point across... well, to flog his book at least.

The former US Commander in Chief sat down with CEO Mark Zuckerberg on the Facebook Live channel this evening to promote his memoirs Decision Points, which was released earlier this month.

Facebook users were encouraged to send their own questions into the 43rd President, who kick-started the interview by saying, "They didn't think I could read, let alone write!"

In a rather surreal interview with Zuckerberg, Bush said he used no tech and gadgets while President, but claimed that his administration was the first to use email. He said he refrained from using it himself so his words could not be taken out of context.

He added: "When I left office and went back to Crawford, Texas, I became a BlackBerry person, but now I'm an iPad person and I use the Facebook to stay in touch with people who are interested in me."

Dubya also took the opportunity to rip on Zuckerberg for not graduating from college, while congratulating him on the success of Facebook and its use as a freedom fighting tool around the world.

Bush set up a Facebook page in June to promote his book and various personal appearances. So far he has 600,000 fans. Obama currently has 16.8 million. Keep on truckin' George.