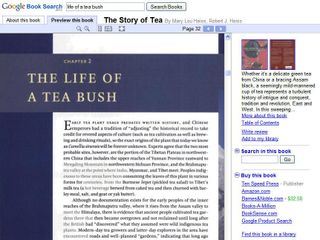 Amazon, Microsoft and Yahoo will join forces with the Open Book Alliance in an attempt to battle Google Books.

Google's attempts to put every book online has been blighted by controversy, and the Internet Archive is hoping that three of the internet's biggest hitters will swing things back away from the search giant.

In early September, a judge in New York will hear feedback on a deal Google did in 2008 that could see it given permission to publish thousands of books online.

"If this deal goes ahead, they're making a real shot at being 'the' library and the only library."

As part of a 2008 settlement, Google agreed to pay to set up a Book Rights Registry – where authors would receive 70 per cent of sales (and Google the remaining 30 per cent).

Google would also receive rights to digitise what are know as orphan works – books whose right-holders are unknown and make up a staggering percentage of works published after 1923.

"The techniques we have built up since the enlightenment of having open access, public support for libraries, lots of different organisational structures, lots of distributed ownership of books that can be exchanged, resold and repackaged in different ways - all of that is being thrown out in this particular approach," warned Kahle.

Microsoft and Yahoo are definitely part of the Open Book Alliance that the Internet Archive is spearheading, and the BBC believes that Amazon will declare its membership when the alliance is formally launched.