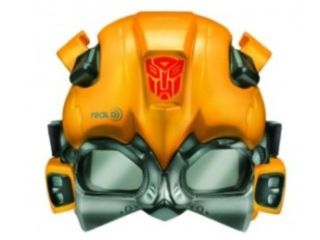 One of the highest profile 3D films of the year has joined the final instalment of Harry Potter in breaking the $1 billion barrier – with Michael Bay's Transformers: Dark of the Moon smashing the ten figure mark in global box office take.

Harry Potter & The Deathly Hallows part 2 hit the $1 billion (£610m) mark in a matter of weeks, and although it has taken Transformers 3 longer, it now represents Paramount's first ever movie to hit the billion dollar landmark.

"We are grateful for the extraordinary work of Michael Bay and his film-making team, executive producer Steven Spielberg, and everyone at Paramount around the globe who played a part in helping make this latest Transformers one of the 10 highest grossing films worldwide of all time," he added.

That both this film, and Harry Potter, were 3D titles will not be lost on Hollywood, which has been asking some fairly searching questions about the technology of late.

Bay was adamant that the best experience of Transformers was at a 3D cinema, and although the 3D take has not been split out of the total box office, it's clearly proven to be a 3D hit for Paramount