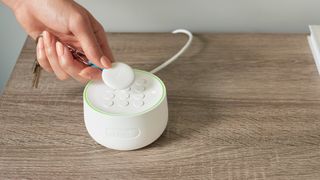 Google is facing some backlash today after failing to disclose the existence of a microphone in its Nest Secure platform and Nest Guard smart home hub.

Suspicions were raised earlier this month when Google announced Google Assistant support on the devices, which until then had never mentioned that they contained a microphone, and is now apologizing for that mistake.

In statements sent to both Business Insider and TechCrunch, a Google representative said "The on-device microphone was never intended to be a secret and should have been listed in the tech specs. That was an error on our part."

Google has since updated the product page for the Nest Secure to say that the system includes a microphone and claims that the microphone’s main purpose was to alert you if the system heard a troubling noise like the sound of glass breaking.

The always-listening Internet of Things

Why the news is causing a stir – besides the obviously misleading nature of failing to disclose a microphone in a security device – is that it raises questions about how Google is handling all of the voice data it’s collecting through its devices.

Google’s lack of transparency on the issue is, at best, frightening, and at its worst the beginning of a dystopian novel where all your devices are constantly monitoring you and using the collected data for nefarious means.

In its defense, Google says that the Assistant never listens in without being prompted by the wake phrase (“OK Google”). The Nest Secure also supposedly had its microphone disabled until the Google Assistant feature rolled out in early February.

All that said, the advent of always-listening devices is an important time in history: Without universal ground rules for data collection, each company has its own set of policies – only some of which are publicly made available based on the whim of device makers.

Long story short, if data security is your number one concern, maybe the Nest Secure isn’t the best option for you.