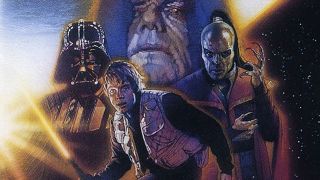 It's another Star Wars-heavy Christmas approaching, with the next Skywalker Saga sequel, The Last Jedi, set to hit cinemas before Christmas, and Star Wars Battlefront 2 heading to PS4, PC and Xbox One in November.

If you want to get your PC gaming fix from a galaxy far, far away early (and with a side helping of Disney classics too), head over to GOG, which has a number of retro Star Wars titles, Lucasfilm adventure classics and Disney animation platformers bundled up at extremely attractive prices.

There are five bundles in total on the site, each offering a different selection of games and genres to suit tastes.

If you're more interested in adventures and RPGs (with a couple of shooters thrown in), the Star Wars Saber Bundle knocks 77% off the collective price of the following 11 games, for a grand total of  £19.39 / $24.73:

LucasFilm used to be the masters of the point-and-click adventure, and this bundle lets you revisit nine of the best at 74% off what it'd normally cost for the bunch, priced at £12.31 / $13.92:

When Disney isn't making games based on its animations, it sometimes delves into all new IPs, with some of those earlier attempts showcased in this six game selection, knocking 74% off the usual price for a total of £9.54 / $11.94:

The original Star Wars Battlefront II, part of the Saber Bundle, is a particularly nice buy today, what with its long-defunct multiplayer servers being switched back on this week.