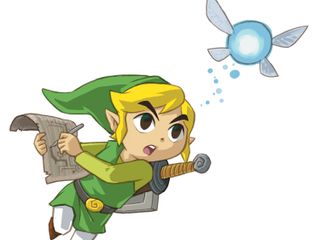 Nintendo's creative powerhouse Shigeru Miyamoto claims that there are limits to the extent to which digital distribution will replace traditional high street retail outlets in the games industry,

Miyamoto does not see the much touted digital-only future for the games retail sector, according to a recent interview with The Mercury News over in the US.

"The thing for us is we really don't see the future of videogames being merely confined to digital distribution or moving solely or even to a majority of our products being distributed that way," said the father of Mario and Zelda.

Clearly, notes the Nintendo boss, it would be difficult right now to 'download' a piece of hardware such as the Wii MotionPlus!

However, he adds, "as a developer, it's not changing how much money you're bringing in; it really doesn't change what we're focused on.

"Personally, I'm one of those guys who, even if I have all the songs from iTunes, I want the CD as well. It's something that makes me - I feel more reassured with that physical media."

However, let's not forget that Nintendo is making some moves into the digital distribution 'space' with its latest handheld - the DSi - with regular mini-games and fun applications being made available to users via online downloads.

Via The Mercury News