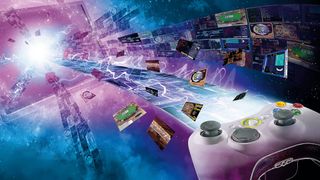 Microsoft is planning to release a low-cost $99 Xbox 360 bundle that will be subsidized by a monthly subscription.

The $99 bundle will include a 4GB Xbox 360 system along with a Kinect sensor and two years of Xbox Live Gold membership.

To enable the $99 price tag, a two-year contract and warranty will also be part of the deal, complete with a $15 monthly charge and an early termination fee.

At just under $100 with two years of monthly charges, the final price of the subsidized Xbox bundle will actually cost more than buying all of its parts separately.

To potentially sweeten the deal, Microsoft could also include subscriptions to some of the paid video streaming services available on Xbox Live, specifically "cable providers or sports package providers."

Streaming services a no HBO Go

Even though streaming services like HBO Go are featured on the current versions of the Xbox, it hasn't been confirmed to be a part of the new bundle.

When asked to confirm the service, Microsoft responded with a "we haven't made any announcements, and we don't comment on rumor or speculation."

But, if streaming HBO Go is included it would follow Microsoft's pattern to position Xbox 360 as an overall entertainment system.

Codenamed "Woodstock," its said to be a follow-up to the company's floundering Zune music service.

The new service is rumored to play through a browser with loosened DRM restrictions to enable up to three computers and multiple devices, which is said to include Windows 8, Xbox, Windows Phone, and even iOS and Android.

Though the higher overall cost and small 4GB hard drive may not make the bundle right for the average gamer, such a low initial cost coupled with Kinect, access to video streaming apps, and the potential of Woodstock could make it an attractive entertainment alternative to Apple TV.