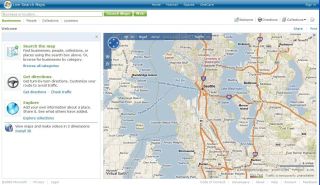 Clearflow will eventually be made available via Microsoft's Maps Live portal

Ever pulled off a congested ring road to take a detour down some ‘side streets’ only to discover barely a quarter of a mile down the road that everyone else has done exactly the same thing?

According to Eric Horvitz, an artificial-intelligence expert with Microsoft who initiated the development process, the project was born after he turned off a backed-up Seattle freeway only to find the side-streets were just as bad.

“It hit me that we had to do all the side streets. We really needed to understand the whole city,” Horvitz recently explained to the New York Times.

From there Horvitz’s team began to build software algorithms modelling traffic data that had been voluntarily collected by Microsoft employees.

After four years, 16,500 individual trips and over 125,000 miles the team had enough data to create individual ‘personalities’ for 819,000 road segments in and around Seattle.

Since then the project has been expanded to other major US cities by combining the algorithms with live traffic data from those cities. To date, Clearflow covers some 60 million road segments in the US.

The end result of all this is that if Clearflow calculates the side-streets are as rammed as the freeways then users will be instructed to stay put where they are and inch their way forward one bumper at a time.

In other words, while the service is able prevent users from exiting one jam only to join another it can’t actually prevent the jams from occurring in the first place.

At present the service is only available for 72 US cities and accessed via Microsoft’s Maps Live portal. There’s no word from Microsoft as to whether there are any plans to extend the service beyond the US.

No doubt executives at Redmond will be watching keenly to see how the service fares against established competitors like Google Maps before making any decisions.