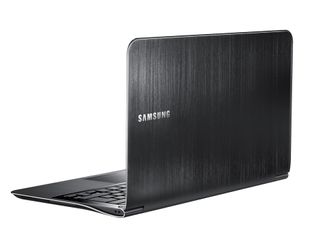 The two Samsung 900X3A models offer "faster" Core i5 CPUs, 4GB memory and are crafted from duralumin, traditionally used to make aircraft and thus lending itself to the light-but-zippy image that Samsung is trying to portray.

The higher-spec 900X3A-B02UK model comes with Windows 7 Premium, a VGA display adaptor for video-out without HDMI as well as a higher price tag.

It's no secret that we're fans of the Series 9's looks; we described it as "one of the most arresting designs we've seen since the Dell Adamo XPS" in our official Samsung Series 9 review.

The upgraded notebooks weigh in at 1.3kg; around the same as the new 13-inch MacBook Air.