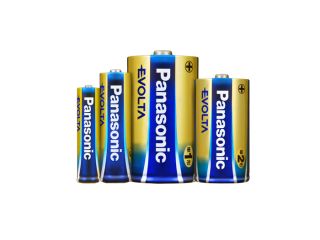 Panasonic's Evolta batteries promise power to the people for longer.

If, for some reason, you've been keeping track of the thrilling progress of the Guinness record for the world's most powerful alkaline battery, then get out your pen, ruler and notebook and prepare to make a new entry courtesy of Panasonic.

The company behind the mightily impressive Oxyride battery has one-upped itself in developing the Evolta battery, which is already in the Big Book of Records for lasting longer than other AA alkaline cells.

Not only that, but Evolta stretches the shelf life of standard batteries to ten years, meaning they won't leak or lose the ability to hold charge for a full decade - useful when we all descend to the bunkers.

If the new cells are anything like Oxyride - and we'll have to wait for the April on-sale date to find out - they should deliver both a longer life and better performance. Oxrides typically make torches brighter, electric toothbrushes faster and camera flashes stronger.

We asked Panasonic Japan if Evolta is to replace Oxyride or co-exist, but its spokespeople are being coy for now - we'll update you if they do spill the beans.