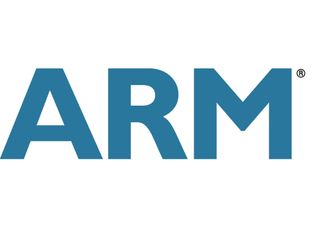 Texas Instruments has announced that it is the first company to licence ARM's 'Eagle' Cortex A series processor core, as it extends its plans for smartphones and mobile internet devices.

TI is the fourth biggest chip manufacturer in the world, and has signed up with British company ARM to use the Eagle processor for its OMAP family – primarily focused on portable devices like smartphones and MIDs.

"Building on its rich heritage of collaboration with ARM, Texas Instruments Incorporated (TI) today confirmed that it was the first company to partner with ARM in the conception and definition of the next generation ARM Cortex-A series processor core (also known as "Eagle") to be announced later this year," announced TI.

"TI intends to use the new processor to further strengthen and extend its future OMAP platform offerings.

"This engagement accelerates TI's ability to get to market early with high-performance OMAP products based on the new ARM processor core, following up on its popular OMAP 4 platform that uses the powerful Cortex-A9 processor core.

The upshot is that Texas Instruments is hoping to offer to manufacturers 'intense performance capabilities and low power consumption' by combining Eagle and the company's SmartReflex power and performance management.

"We are thrilled to know that our customers will be the first to leverage the new ARM processor core's far-reaching innovations via our industry-leading OMAP products.

"Successful mobile industry achievements revolve around the 'high-performance, low-power' mantra, and we believe the results of our collaborative effort echo the importance of this must-have balance."

TI and ARM have a long-standing relationship stretching back to the early nineties, and the former has shipped more than 250 million chips using the latter's architecture.