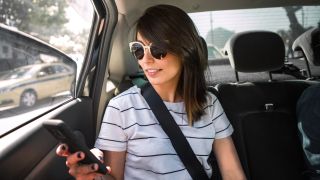 Uber is testing a system that would lower ride rates... if you're willing to wait cool your heels on getting to your destination.

An Uber employee in the San Francisco Bay Area tweeted a screenshot of a message he got in the Uber app after requesting a ride at 4:56pm PT. The message read: "Prices are lower at 17:00. If you're OK leaving later, we'll request your ride at 17:00 for a lower price."

The tweet has since been taken down, but not before Quartz got its eyes on it.

In a statement to the site, an Uber spokeswoman confirmed the ride-sharing service is testing a feature with all Uber employees in San Francisco and Los Angeles that exchanges a longer wait time for a lower rate.

"Affordability is a top reason riders choose shared rides, and we're internally experimenting with a way to save money in exchange for a later pickup," the spokeswoman said.

This is in stark contrast to surge pricing, when Uber raises rates when there's a lot of  rider demand. If the fare-lowering feature makes it out of the testing phase, it could mean that, if you're willing to exercise some patience, you could save a few bucks or pounds on your next ride.

Of course, there may be times when it doesn't make sense to wait, such as if you're alone at night and want to get home as soon as possible. Hopefully Uber comes up with cost-saving solutions that work for all riders, in various situations.