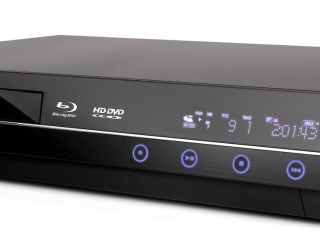 The BH200 supports both Blu-ray's BD-Java and HD DVD's HDi software, so users can access the special features on HD discs regardless of the HD format. If proof of its HD DVD compatibility is needed, you only need to look at the HD DVD logo on the BH200's jet-black chassis.

But after Warner Bros chose to exclusively support Blu-ray this week, you've got to wonder just how relevant a dual format player like the BH200 now is. If, after a spirited fight, HD DVD has finally lost the HD war, why pay $799 for a player that plays a dead HD format?
Advertisement

Beyond its obvious impact on HD DVD's fortunes, Warner's announcement has suddenly made the BH200 far less of a good deal. LG would have hoped to trade on the format war to drive sales - why choose between HD DVD and Blu-ray when you can buy a machine that plays both?

If the format war doesn't matter, if the balance of power in the HD war has finally shifted to Blu-ray, then the smart move is surely to buy a Blu-ray-only player. Sony's PlayStation 3 now looks an even better prospect - buy yourself a Profile 1.1 Blu-ray player and get a games console absolutely free...

Right now, the only thing keeping LG's BH200 relevant to consumers is Paramount and Universal's clinging support for HD DVD. And how long will that last?