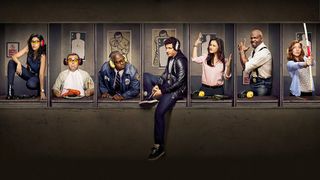 With so many TV shows and movies arriving on Netflix in Australia each week, it can be hard to keep track of the service's many new additions as they arrive.

To help you find what's really new, we'll be publishing weekly updates that succinctly list all the new shows and films arriving on Netflix Australia, while also highlighting the week's biggest and most important releases, offering brief rundowns of the best shows and movies for this week.

So without further ado, here's what's new on Netflix for the week of January 6-12, 2020. As you can see, there's only a handful of new shows and movies this week, but there are at least few good things to watch.

For a complete list of everything that's coming to the service for the whole month, check out our guide to what's new on Netflix Australia in January 2020.

After being unceremoniously dumped by its original network, the beloved comedy series Brooklyn Nine-Nine was saved by NBC, resulting in this sixth season and more to come in the future! If you haven't seen it, Brookyn Nine-Nine stars Andy Samberg as an immature goofball who also happens to also be a brilliant NYPD detective. He's surrounded by an incredible supporting cast, including the brilliantly deadpan Andre Braugheras the precinct's near-emotionless captain.

A surprise hit for the American streaming service DC Universe, Titans has returned to Netflix for its second season, picking up shortly after last season's gripping finale (which just happened to feature a certain famous Caped Crusader). Though it may include some well known Teen Titans, including Batman's sidekick Robin (Australia's Brenton Thwaites), this series is definitely not for kids. Dark, violent and surprisingly foul-mouthed, Titans is a good series to pick up for those experiencing withdrawals after the cancellation of Netflix's gritty Daredevil and Jessica Jones shows.

The fabulous RuPaul stars in AJ and the Queen, a new Netflix Original series about a down-on-her-luck drag queen who forms and unlikely friendship with a 10-year-old stowaway while travelling across the United States. Funny and packed with heart, AJ and the Queen is destined to be a new Netflix hit.

What's about the rest of the month?

Of course, the list above is comprised solely of the shows and movies that are coming to Netflix next week. For a complete list of everything that's coming to service throughout the entire month of January, click here.