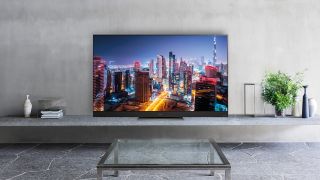 Despite numerous decades of bringing its high-quality televisions to Australia, Japanese electronics giant Panasonic has made the surprise announcement that it's officially withdrawing its TV products from sale in the country.

In a media statement issued yesterday afternoon, Panasonic Australia's managing director Paul Reid cited "current local market conditions" and a desire to "focus on other established and emerging areas of the business" as the key factors behind the decision.

While the 100-year old manufacturer will no longer be offering its televisions to Australian consumers, remaining units from its current TV range will continue to be sold through local retailers "while stocks last."

Panasonic's statement promises that the "decision will not affect any other products in our Home AV range or any other categories, which remain available in Australia in 2020 and beyond."

The future of Panasonic in Australia

In the future, the company's local arm says it will focus on other categories in its stable of consumer electronics products, including its Lumix imaging products, Blu-ray players, air conditioners, personal care and kitchen appliances.

In the meantime, those keen to pick up a Panasonic television set while they're still available in Australia can check out the best Panasonic TV deals currently available via our sister site Getprice.