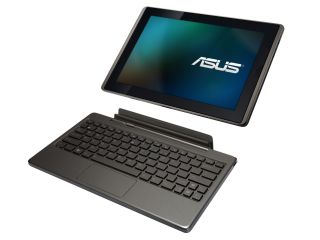 Asus has confirmed that the Ice Cream Sandwich update should begin rolling out to the Asus Eee Pad Transformer (TF101) at the end of this month.

Although the newer Asus Eee Pad Transformer Prime has already begun snaffling up Ice Cream Sandwich, the older model hasn't been left to languish on Honeycomb for too long.

You can check out video of the new Transformer Prime from CES 2012 below:

The company took to its Facebook page to clear up an earlier erroneous post that promised the update at the same time as the Prime, saying:

"The TF101 update to ICS… has to be approved by Google, thus estimated availability to update to ICS will be around end of this month."

But it's not all parades and fireworks, as North America and Taiwan are first in line for the February update – we've asked Asus when the UK can expect the update but no word back yet.

Still, if the update's ready to go then the UK shouldn't be too far behind - see what you've got to look forward to in our hands on Android 4.0 video below: