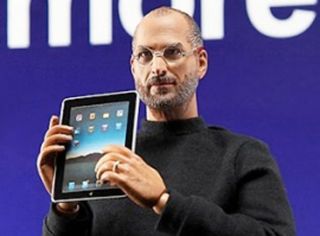 The Steve Jobs action figure has been cancelled

The maker of an ultra life-like Steve Jobs doll has cancelled plans to sell the figure out of respect to the late Apple founder's family.

The stunningly-accurate 12-inch scale figures, which bore Jobs' trademark jeans, black turtleneck sweater and rimless glasses, were already in production but now all orders will be refunded.

Head of the Hong Kong-based In Icons firm Tandy Cheung said in a statement that both Apple and Steve Jobs' family lawyers had put the 25-year Apple fan in a difficult position.

He said: "Unfortunately we have received immense pressure from the lawyers of Apple and Steve Jobs family.

"Regardless of the pressure, I am still Steve's fan, I fully respect Steve, and his family, and it is definitely not my wish or intention that they be upset.

"Though we still believe that we have not overstepped any legal boundaries, we have decided to completely stop the offer, production and sale of the Steve Jobs figurine out of our heartfelt sensitivity to the feelings of the Jobs family."

Reports last week suggested that Apple had issued a cease-and-desist order to Cheung, which he had vowed to ignore, saying that the dolls were already in production.

Despite In Icons' insistence that it would not ship replica iPhones, iPod and iPads with the figure, Apple believes it still infringes its intellectual property, which in this case would be Steve Jobs' likeness.

"Four years ago I created a single figurine of Steve which I placed on my desk next to my Mac," continued Cheung.

"I decided to share this memento with the rest of his fans as a commemoration to Steve.

"The figurine, especially his facial features, was adjusted countless times to achieve his likeness in my memory. I strove to perfect the figurine with the spirit of Steve Jobs because only this will properly reflect my respect and admiration of him."