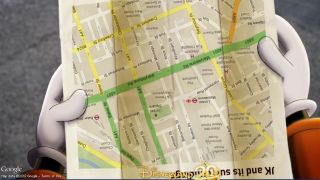 Goofy in the house

We've been fiddling with our aerial all day trying to find BBC 2, so we've had far less time to spare on Wednesday's One More Thing; but fortunately we've still managed to decipher the white noise and feed it into a round up of tech news and the impending robot apocalypse.

Freephone - Communications watchdog Ofcom has insisted that 0800 numbers should be free not only from landlines* but also from mobile phones, as well as changing the ways in which 'revenue sharing numbers'** work. (*these are those wired phones you find in old people's houses, kids. **Often not for kids, kids)

Jumped up gamers - 'Better with Kinect' is something you're increasingly seeing on your Xbox games, but Lionhead appears to have worked out that this message isn't exactly cutting it with traditional gaming demographic. "If you own a Kinect and you are a serious gamer who doesn't want to jump around their living room, then this is the game to look out for," the company said. We'd normally put the gaming journo dancing for Jabba video in here, but we're getting a bit scared he's going to sue. [CVG]

Bon Anniversaire MS - Of course you already had this in your diary, but on this date in 1975 a young fellow named William Gates and his mate Paul Allen founded Microsoft. Gates is of course now more focused on the rather wonderful task of battling malaria through his foundation, but we'd like to think that at some point the Paper Clip will be popping up to remind him of the event and offering to help with his email template. And as a special bonus here's Bill Gates as the Marine from Doom.

Dentastic - For some people just talking about chewing silver foil is enough to make them cringe, so they may not be at the front of the queue when the graphene oral health sensor arrives on the mass market. It's stuck to your tooth with gecko glue (technically, van der Waals forces) and reports back via magic. Or radio waves. One of the two. [Gizmag]

Cyberdyne technologies pt 1 - We've all kind of come to terms with the fact that naïve scientists will develop robots that will eventually evolve into Arnold Schwarzenneger and turn evil, then good, then evil again and then sleep with our father, or something. But we still shudder a little when a robot expert starts talking up flatpack robots and allowing people to manufacture their own fit-for-purpose automatons. [PA]

Cyberdyne technologies pt 2 -On the other hand, when someone's developed a robot squirrel that fights with Californican rattlesnakes we've perfectly okay to embrace the cute but deadly robot revolution. [Daily Mail]

"Robots that will eventually evolve into Arnold Schwarzenneger and turn evil, then good, then evil again and then sleep with our father, or something."

Start stockpiling seawater -Of course if the Ikea-bots or CyberSquirrels don't do for humanity, we could always pinpoint the moment that researcher from Keio University decided that plants should be a bit more reactive around humans as the day the human race was doomed. We're calling our office cyber-plant Triffid. [Engadget]

Hipster chic - On the bright side, if there is an apocalypse on the horizon, at least it will captured in many retro hues. Apparently Instagram for Android has racked up over a million users already. Of course the real hipsters have eschewed technology entirely and are now viewing their entire lives through special soft focus brown-tinted contact lenses. [CNET]

Voice squad - Woe betide a lack of pitch should interrupt aspiring singers. Apparently Currys and PC World are reporting a 150% rise in microphone sales, blaming/crediting The Voice and X Factor. So presumably Ikea has had a major boost in rotating egg chair sales.

Goofamazeballs So you've always wanted to see a giant Goofy walk down your street right? Right? Well with the magic of the internet, Disney and Google Maps now you can! Mobiles ed Gareth Beavis would have preferred it to be Princess Jasmine and definitely not Ariel but after she was a mermaid. [Google]

Last but not least, how about HTC One X versus a Galaxy S2 in our speedtest? Check out the video below: