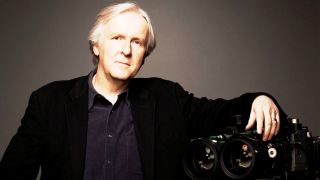 Planetary resources, backed by Google and Cameron, will mine for platinum and water

Our space-faring future is another step closer with the announcement of an asteroid mining venture called Planetary Resources.

While the plan may sound like far-flung science fiction, Planetary Resources garnered the attention of sound investors including the likes of director/deep sea explorer James Cameron and Google executives Larry Page and Eric Schmidt.

Finding water, among other resources, could essentially turn the asteroids into outer space gas stations...

Within the next 24 months, Planetary Resources plans to launch its first Arkyd line spacecraft as a prospecting telescope to seek out mineral-rich asteroids that can be targets for mining excavation.

Mining for platinum and H20

Platinum will be one of the key resources sought in space. The hope is that asteroid mining will yield an abundance of this rare and useful metal.

Water will also be a high priority for excavation. Valuable not only for being necessary to survival, water also acts as a key oxidizer for rocket fuel.

While space mining isn't exactly a new idea, it has been far too costly to be feasible on any significant scale.

Planetary Resources claims to be at an advantage, due to independent backing rather than relying on government funds.

Co-founders Eric Anderson and Peter Diamandis have a history of making a success out of science fiction having successfully run Space Adventures, which offered commercial space flight trips to the average Joe millionaire.