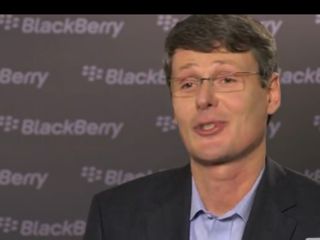 Of course, in my day, they were called ToesNfeet. Now we just call them shoes.

Chikity China, the Chinese Chicken, have a drumstick and your brain stops ticking, watch the X-Files etc etc… basically, it's been seven days since we last spoke.

And since there, oh my word, how much has happened. So much. So many goshdarn things have happened that we couldn't even begin to tell you. But given this is a technology news, reviews and features site, we probably should. So we will.

But we've developed our patent-pending InfoXDeliveranceHyperSystem 2000 method of giving you the big stories, rather than padding out two words of information to six paragraphs like we're usually forced to:

One had a 41MP camera. Another had a projector built in. True facts.

Onto the good stuff

Now, here's where things get a little more exciting – and not just because we're once again nearly out of time to upload this article before the boss shouts at us again.

We've spent the week in Barcelona (see above re insane camera and bright phone) and we learnt a lot of things out there.

Firstly, we spent far too long collecting Android badges. For the uninitiated, this was a set-up where each Google partner at MWC 2012 was given an Android statue and little metallic badges were poured into the base.

This led to a whole host of fanboys clamouring at each stand, getting more and more annoyed each time they were told they weren't allowed a badge by the tired stand attendant.

TechRadar had a little more panache, agreeing to undertake tasks to achieve said badgery. Although this did mean we had to fill out a survey, take pictures of hidden QR codes and destroy every single phone on the Samsung stand at the request of LG. (Note – one of these did not happen).

As you can see: WORTH IT.

We were sent this fun little guy as a chance to try out a new method of storing our phone. We intended to try him out in a variety of scenarios, testing the power of his pliability to the limits.

Instead, we put it on our rucksack strap, took a picture of us looking like a knob, then put it in a drawer. It's a bit weird, if we're honest – but buy one if you want to put something next to your desk that isn't a normal holder.

Note: we turned the picture upside down to add a level of frivolity to proceedings.

If so, TechRadar will copy it and pretend we came up with the concept. You didn't see us, roight?