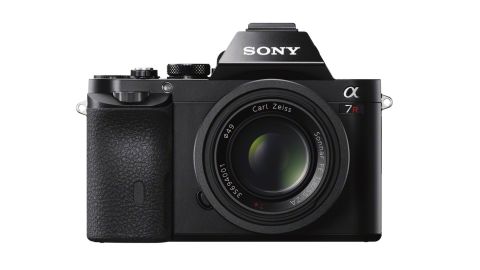 Both the Sony A7 and the A7R are fantastic innovations. But for now, the system isn't quite complete enough. Although image quality is fantastic, it feels as if there are a few kinks that need to be ironed out.

Sony is well known for innovating in the camera sphere, basically because it can. Not content to launch the world's first compact system camera to feature a full-frame sensor, the company has launched two versions of the A7.

The A7R features a whopping 36.4 million-pixel full-frame sensor, but it has had the anti-aliasing filter removed. The R in the A7R's name stands for resolution, so the emphasis here is on getting the highest possible picture quality. Removing the AA filter can lead to an increase in moire patterning, but it also means that the highest amount of detail possible is resolved.

Alongside the sensor, Sony has introduced a new processing engine. The Bionz X processor promises speeds that are up to three times faster than its predecessor, and facilitates a host of features including full HD video recording and a quick autofocus algorithm.

Aside from the sensor resolution, one of the other key differences between the A7 and the A7R is its focusing type. The A7R uses a contrast detection system, compared with the hybrid phase and contrast detection autofocusing system in the A7. It's worth noting that on both cameras, autofocus sensitivity is only available down to 0EV, which doesn't compare particularly favourably to the likes of the Nikon D610 (-1EV), or the Canon EOS 6D (-3EV). This could make the camera potentially harder to use in darker conditions.

On the back of the camera is a three-inch tilting screen which is joined by a half-inch size EVF. The camera is also equipped with Wi-Fi and NFC for instant social media sharing and remote controlling the camera from a smartphone or tablet.

Even though the A7R uses the E-mount as found on NEX cameras, current lenses aren't designed for full-frame cameras and as such if you use them, images can be cropped to APS-C size automatically (or will feature vignetting if you switch the auto cropping off). Sony has announced five new full-frame lenses to go alongside the A7 and the A7R, but only two are available from launch (the 28-70mm f/3.5-5.6 and 35mm f/1.8 lens).

Unlike the standard A7, the R variant will not be available with the 28-70mm kit lens. As we've discovered in our A7 review, this lens isn't the best performer, so it's not recommended as the ideal partner for a camera with such a high resolution. Although five new lenses have been announced, there is only one proprietary lens that you can buy with our recommendation – a 35mm f/2.8 Zeiss optic. This is, of course, a classic focal length (there's no crop conversion since it's a full frame camera). But some photographers might find it a little limiting.

Luckily, though, the company says that it is working on more lenses, with around 15 expected (in total) by the end of 2015. You've also got the opportunity to use any existing Sony A-mount lenses with an official Sony adapter. Most intriguingly, if you've got any Canon or Nikon optics you might want to use, third-party manufacturers such as Metabones also make converters with full AF that you can use – tempting if you're thinking of jumping ship but don't want the hassle of replacing a complete system.

The A7R has a higher retail price than the standard A7 and there will be some debate as to whether you need the extra resolution. But if your primary concern is detail (i.e. you're a landscape photographer), you're likely to be tempted by this version. Like the A7, the R variant is also dust and moisture resistant.

It's difficult to find a camera which directly competes against either the A7 or the A7R as there's currently nothing quite like it on the market. However, in terms of other full-frame interchangeable lens cameras, the Nikon D610 and the Canon EOS 6D are reasonably closely matched in price.