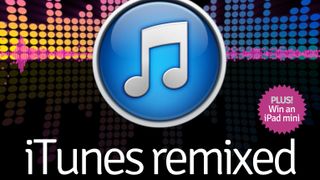 Everything you need to know about tech.

Last week saw the exciting launch of a new weekly technology magazine from the makers of, well, us.

Called tech., the iPad magazine offers up a weekly reflective dose of the best news stories, gathered opinion about the most talked about technology products and in-depth reviews all given an interactive flavour.

To get a better idea of what the tech. is about, we spoke to its launch editor Marc Chacksfield - yes, the same person who was also deputy editor on TechRadar. Here he explains what it is like to work on a weekly, and gives us a flavour of what to expect each week from tech....

TechRadar: Tell us a little about tech. magazine...

Marc Chacksfield: It's an iPad magazine that brings you the most informed look at the week in technology. Instead of having to check web feeds every five minutes, we do the hard work for you and pick out the essential stories of the past seven days.

TR: How is tech. different from other iPad magazines out there?

MC: While there's some fantastic technology magazines available for iPad, there's nothing like tech. on the Newsstand. We are the only ones chasing the tech newsbeat, focusing all of the magazine's content around the most exciting issues in technology at the moment.

TR: Why did you choose to go weekly?

MC: A lot can happen in seven days. We wanted to offer up a reflected read but if you are on a monthly schedule then the 'news' aspect of the magazine would be lost. This magazine is all about news, the best stories that we have hand-picked, and our magazine sections reflect this.

TR: How does TechRadar fit into all of this?

MC: The magazine wouldn't be possible without TechRadar – the website's news coverage is second to none and tech. is all the better for this. Before I was launch editor on tech. I was deputy editor on TechRadar and I have tried to bring the news angles the site delivers day in, day out to the magazine.

tech. also features magazine-versions of TechRadar's world class reviews. On the iPad we can offer a little extra, with interactive galleries and things like 360 degree images. Oh, and you will see some familiar faces pop up in the mag, too.

TR: If it's iPad only, does that mean it has an Apple slant?

MC: Absolutely not. The magazine is a reflection of what is going on in technology in the week. If Apple is dominating the headlines then it may feature a little more heavily but we see the iPad and Newsstand as a platform only – TechRadar doesn't just write about the internet because that's where you can find it!

At the moment, the technology we are using is iOS only but once an Android version becomes available then we will definitely make sure it's available. We obviously want as many people as possible to be able to read tech. magazine.

TR: How do you choose the stories?

MC: Each week we have two planning meetings to make sure the team is up to spec on all the technology goings-on.

As we are news focused, a lot is done in a short amount of time but the magazine isn't about breaking news but reporting on it with a more considered look, and a weekly schedule allows us to achieve this. We have to wait for all the wonderful opinion to hit the web before we can craft our own articles on the news.

Once we have the news lines, then we come up with feature ideas that will compliment the main stories.

We are also trying something a bit different with the covers of the mag – iPads are interactive and we want to showcase this from the minute you download the magazine.

TR: What's the response been since issue one?

MC: Really great. We hit The Gadget Show in London the week of launch and had some really positive feedback. Our first issue hit the top five of all issues in Newsstand (in the UK at least) and has remained number one in the Computing & Internet category.

It's early days but there's definitely a thirst for weeklies, so expect to see more of them from digital companies like Future, which publishes both tech. and TechRadar.

TR: And how can we get a copy?

MC: Head over to Apple Newsstand and search for tech! It's just 69p/99c an issue and we are offering five issues free to those who subscribe for a year. Oh, and let us know what you think of the magazine. We can be found tweeting at @techdotmag.

You can download the latest issue of tech. now.