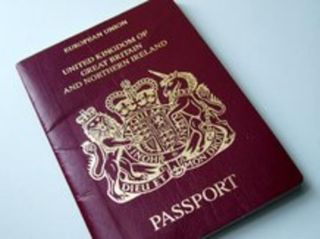 The cost of leaving the country is set to rise

The cost of renewing your passport is set to rise dramatically as the Government attempts to recoup the cost of adding biometric data onto the document.

Facial scanning and fingerprinting will be added onto the RFID chip already present in new passports, and the cost of implementing such schemes will be passed on when renewing the travel permit, from the current £72 to £100.

The much-maligned ID cards will also cost double that previously thought, citizens having to pay £59 for the privilege of no longer needing bank statements, driver's licences and birth certificates to prove one's identity.

According to The Telegraph, Home Secretary Jacqui Smith said: "As we move from this foundation to higher volumes, a dramatic increase in the provision of biometric enrolment services will be required.

"From 2012 the identity and passport service estimates that around seven million UK residents will apply for a card or a passport - with each person having to provide their fingerprints, photograph and signature in person.

"That will create a market that could be worth something in the region of £200million a year."

Members of the public will be able to join the ID card scheme as of next year, where interest can be registered on the internet and random people will be chosen as early adopters.

"The time is approaching when the use of bills and bank statements to prove our identity will no longer cut it, and when our personal dictionary of different passwords for different purposes will become too unwieldy to work effectively," added Smith.