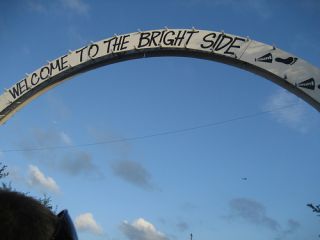 Glastonbury 'T-Day' is fast approaching... are you ready to beat the queues?

As the countdown to the sale of tickets to Glastonbury Festival enters its final phase, thousands of summer festival goers are anxiously sweating over their chances of landing one of the hallowed, golden tickets.

Known within hardened festival circles as ‘T-Day’, this Sunday will see up to 285,000 pre-registered individuals doing battle over the internet and phones for the 135,000 tickets that will go on sale on a first-come, first-served basis. Last year tickets sold out within two hours.

Rather than just sit idly by and hoping for the best, some proactive and technically-minded festival goers have been debating how they might be able to use technology or even exploit internet protocols to jump to the front of the queue.

Users of the UK’s largest festival website, eFestivals, have even been swapping tips on what they’ll be doing to boost their chances of being successful.

So far the list includes all kinds of ingenious tips, from roping multiple monitors together (to open even more browser windows with), to the setting up of VPNs to remote computers at the office (presumably to take advantage of a better connection), right through to the setting up of MSN lists (to communicate with organised ticket-buying ‘teams’ on the day).

But above and beyond all that, by far the most sought-after thing on all of the various festival forums is a so-called ‘magic link’ able to bypass the main Glastonbury tickets homepage (and the dreaded ‘Service Busy’ message) and instead take users straight to the booking form in one click.

However, it remains a matter of debate whether any such link will actually be found to work this year though. The last time any such ‘magic link’ proved to be an unequivocal success was in 2004 when the so-called ‘Freya’ link helped many ticket buyers to escape the meltdown otherwise surrounding them.

2004 was the year that Glastonbury first introduced online purchasing restrictions aimed at beating the touts, including names and addresses on all tickets and a limit of two tickets per order.

Unfortunatelythough, Aloud chose to put the tickets up for sale in the evening during peak internet hours. As an estimated two million users tried to log on the servers melted almost immediately with the result that many tens of thousands of people spent the whole night desperately trying to get through.

Last year Glastonbury changed the ticket system yet again to further ramp up the fight against touting. All potential buyers are now required to pre-register their interest and supply a passport-standard picture. Although this initially caused a few grumbles, it does seem to have ended the practice of touting on eBay.

Although there was no ‘magic link’ last year, one loophole did allow buyers who’d completed an order to press the ‘back’ button and return to the booking form. This allowed those on organised MSN groups to purchase tickets for each other. However, it also raised some serious questions about the wisdom of putting one’s personal and credit card details into the public domain in such a way. In any case, we have it on good authority that the 'back button' loophole will not work this year.

Anyway, good luck to everyone trying for tickets on Sunday. This particular TechRadar staffer will be there too come 9am, along with two Macs, two mobile phones, one landline, a whole heap of bookmarked pages, and a stong jug of coffee.