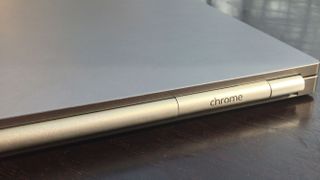 Not losing their shine

Samsung dominated the Chromebook market worldwide in 2013 according to a report published by research analyst, Gartner.

The Korean behemoth managed to corner nearly two-thirds of that bulging market last year with Acer capturing a fifth of the remaining sales and the rest shared between Dell, HP and Lenovo.

Unlike the Windows PC, there's no other vendor, a sign perhaps of the strict control that Google has on the Chromebook market.

Gartner expects the market to grow by 79% this year, up from just under 3 million units in 2013. The growth rate is expected to be sustained and reach 14.4 million by 2017.

Less than one in five Chromebooks are sold outside the US with the education sector in that country commanding the lion share of sales. It is estimated that nearly nine in every 10 Chromebooks is sold to a school establishment.

Microsoft's recent moves may dampen the enthusiasm for the Chromebook as the Redmond-based company sees Google's Chrome OS as a serious competitor and a potentially bigger one once the search giant merges it with Android.

Microsoft has already committed to slashing the cost of Windows 8.1 (by encouraging vendors to bundle it with Bing) and has teamed with partner-in-crime Intel to produce a number of devices that will sell between £100 and £200.