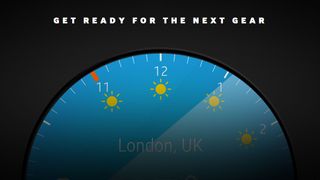 With only a few weeks to go before its likely unveiling, Samsung has confirmed that the Gear A smartwatch will indeed have a rotating bezel.

The unique bezel was previously found from the SDK launched several months ago but was not official until now.

The information comes from Samsung's Tizen Developer Summit 2015 in Bangalore, India where website SamMobile tweeted images and details from the event.

According to other tweets, the circular watch's bezel will also be incorporated into gameplay and have 24 steps surrounding the face.

The final build and actual name of the Orbis/Gear A have yet to be revealed but the August 13 Unpacked event – where we'll likely see the Galaxy Note 5 and Galaxy S6 Edge Plus – will hopefully yield some wearable goodies.